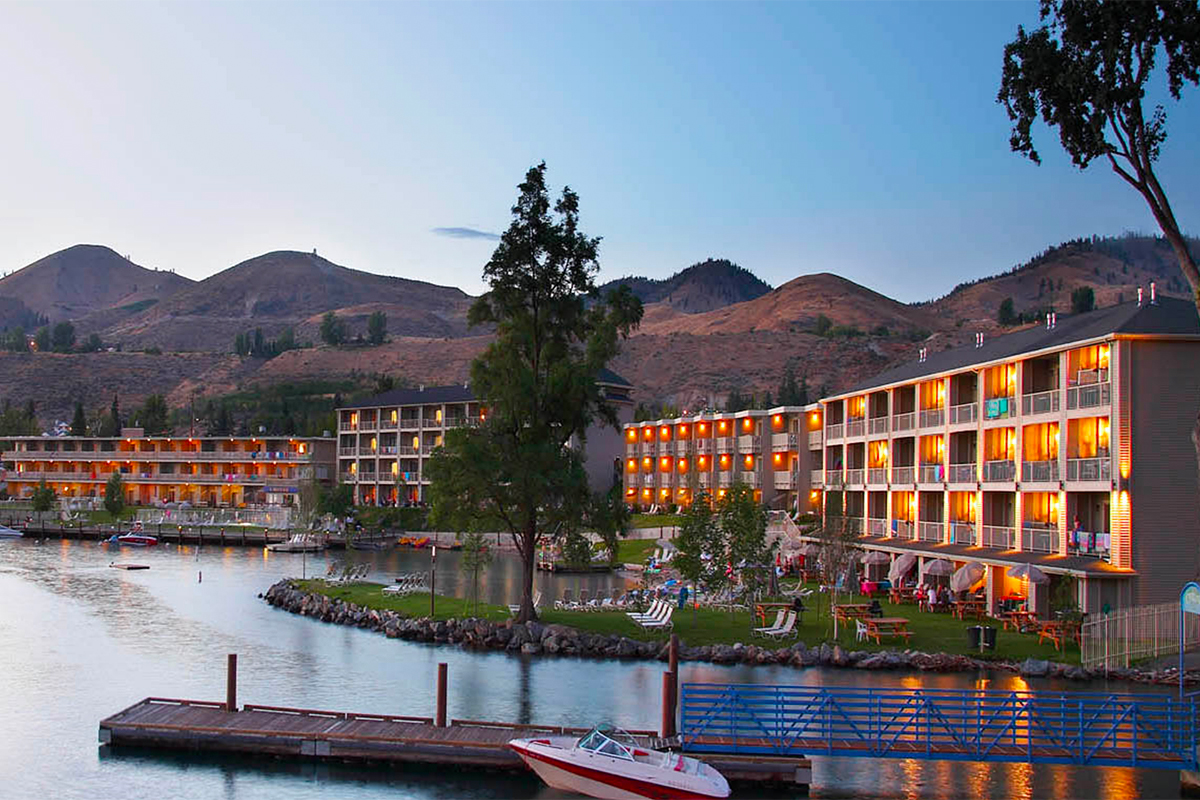 Generations gather at the historic Campbell's Resort on Lake Chelan

Sometimes you just need to get out of town.

When you get right down to it, that’s what led C.C. Campbell to build historic Campbell’s Resort on Lake Chelan 118 years ago. Today, the fifth generation of the Campbell family welcomes vacationers to the tranquil spot on the shore of this glacial lake. Many guests return year after year and their loyalty—coupled with the resort’s prime location and family-friendly amenities—is why Campbell’s regularly ranks as a top resort in the Northwest.

Today’s travelers unwind at Campbell’s sandy lakeside beach, spa and award-winning restaurant. For founder C.C. Campbell, getting out of town had more serious consequences. “My great, great grandfather was a judge in a dry parish in Iowa. He was not a popular guy,” says Tom Campbell, 35, who with his brother, Eric, 36, are the latest Campbells to run the resort. “It was a lawless time, so he thought it would be in his family’s best interest to seek riches and safety out west.”

“At the time, the land was higher than lake level. The guy who sold it to him said he sold a sand dune to a sucker."  Tom Campbell, Current Co-Owner

In the late 1800s, Judge Campbell took a train to Wilbur, Washington and then hiked three days to Chelan. For $400, he bought a piece of land overlooking Lake Chelan and moved his family to the quiet community. “At the time, the land was higher than lake level,” Tom Campbell says. “The guy who sold it to him said he sold a sand dune to a sucker.” But the judge and his wife Caroline had a vision and built a 16-room hotel they called “Hotel Chelan” with a commanding view of the 55-mile-long lake. The first guests were homesteaders, ferrymen and prospectors, heading west up Lake Chelan to Holden Village and other destinations. Like the Campbells, they were seeking their fortunes and a fresh start.

In 1892 a dam was constructed to provide water for south Chelan real estate and navigation to the city of Chelan; a few years later, a larger structure for power generation was built by the newly formed Chelan Water Power Company. After the dam was built and the lake level rose, the sand dune became lakefront property, making it the rare—perhaps only—fresh-water, walk-right-in, sandy beach lake resort in Washington. That shoreline shift was an unexpected property improvement. C.C. and Caroline Campbell’s industrious descendants have delivered subsequent upgrades through their own hard work.

As Chelan grew and Seattle residents started exploring the east side of the state, the Campbell family added motel units, fishing cabins and a dining room, landscaped the grounds, and built a dance and swim pavilion. “We became Seattle’s summertime playground,” Tom Campbell says. His father and uncle added the conference center, making the resort a year-round business.

Today, there are 170 lakeside guest rooms, including family-friendly units with full kitchens, cabins and fireplace suites ideal for a romantic getaway. In keeping with C.C. and Caroline Campbell’s vision, each room has a private balcony or lanai with an unforgettable up-lake view of Lake Chelan. 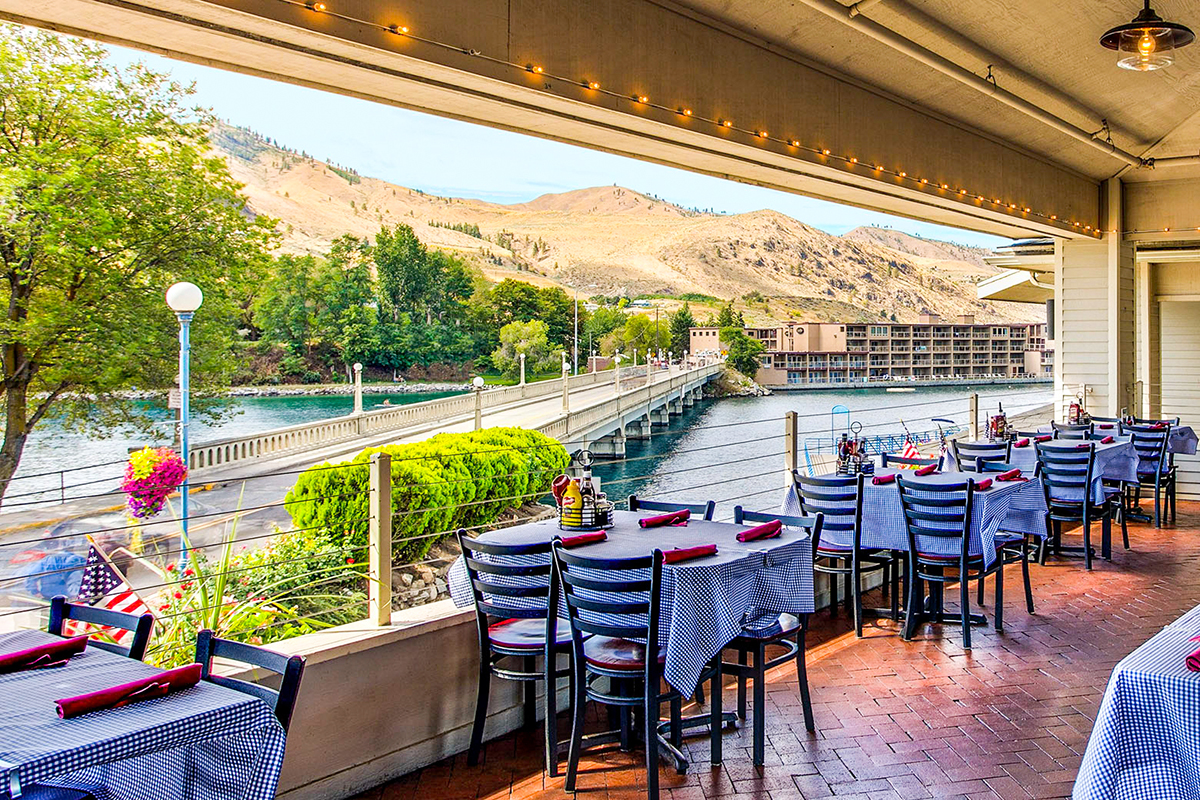 Guests stroll out of their rooms to reach 1,800 feet of private beach all within walking distance of Chelan’s historic downtown and an easy drive to wineries, golf courses, skiing and hiking trails. The 8-acre resort offers amenities such as fishing camps for kids, yoga, beach concerts and barbecues to grill fresh-caught fish. If vacation means no dishes to clean, Campbell’s Pub and Veranda, in the lobby of the original hotel, serves seasonally inspired cuisine showcasing the valley’s bountiful fruit and vegetables paired with an award-winning wine list, craft brews and craft cocktails. 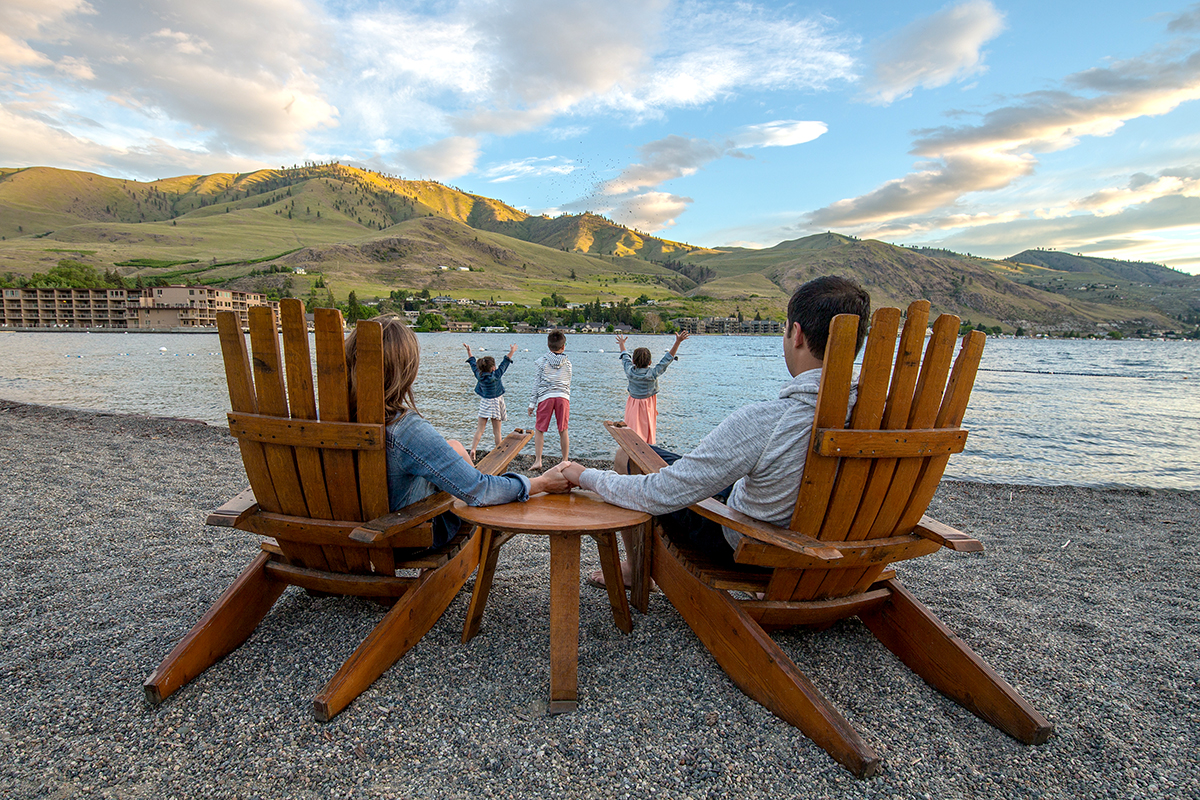 Generations return year after year.  “They have traditions here with their family,” Tom Campbell says. “It’s almost like summer camp.”

Count Seattle native Kristin Abraham among the regulars. She first came to Campbell’s with her parents in the mid ‘70s, and she hasn’t missed a summer since. She even met her husband at the resort. Although they relocated to Austin, Texas, in 2011, Kristin, her husband and two children still make the annual trek to Campbell’s. It’s our “Disneyland,” she says.  “There have been some changes, but really it doesn’t change. That’s part of the charm for us.”

As soon as they check in, the kids (now 19 and 21) run down to the beach and swim out to the dock to meet up with friends who, like them, have been coming to Campbell’s the same weeks each summer for years. “The lake is honestly the clearest, most beautiful lake you’re ever going to swim in or spend time on,” Abraham says. “This is what we look forward to the day we leave. It’s all so comfortable.” They’ve been coming so regularly that when the Campbell's demolished cabins to build lodge three, they asked what room in the new lodge the family wanted. “And we stay in that same room ever single year,” Abraham says.

The Campbell's hope to keep its own uncommon legacy intact. Tom and Eric Campbell, who both returned to the resort after going to college and working in Seattle, have children who may grow up working at Campbell’s as they did. “We have a reverence for the work and for our role in the community,” Tom Campbell says. “It’s a neat opportunity to write a chapter in a book that will hopefully outlive us.” 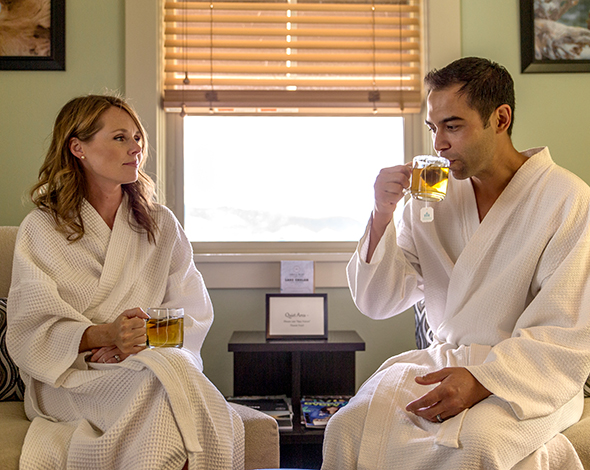 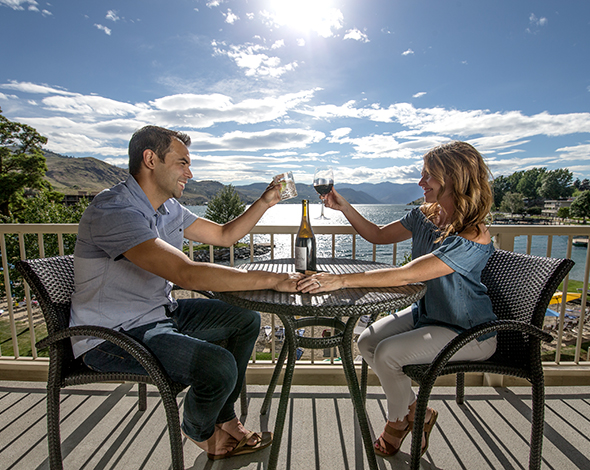 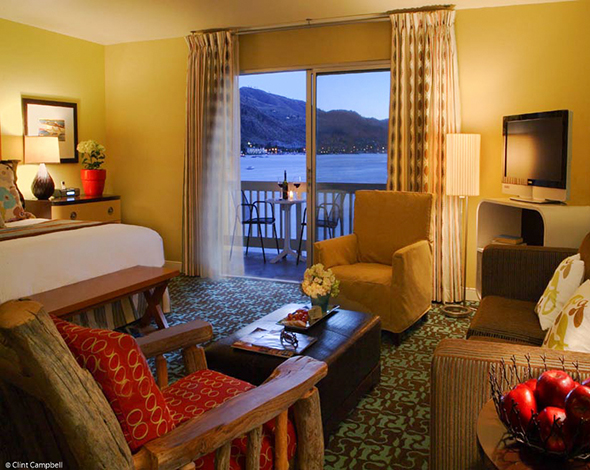 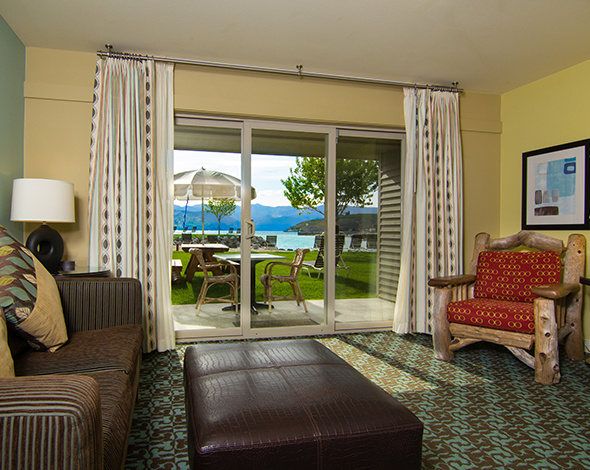 In addition to being a great family destination, couples love the intimate comforts, spa and the area's growing reputation for fine wines.

Routinely voted the No.1 Resort in the Northwest by Evening Magazine, Campbell’s Resort offers a variety of room types. Check their website for accommodation packages, upcoming events and connections to local attractions.