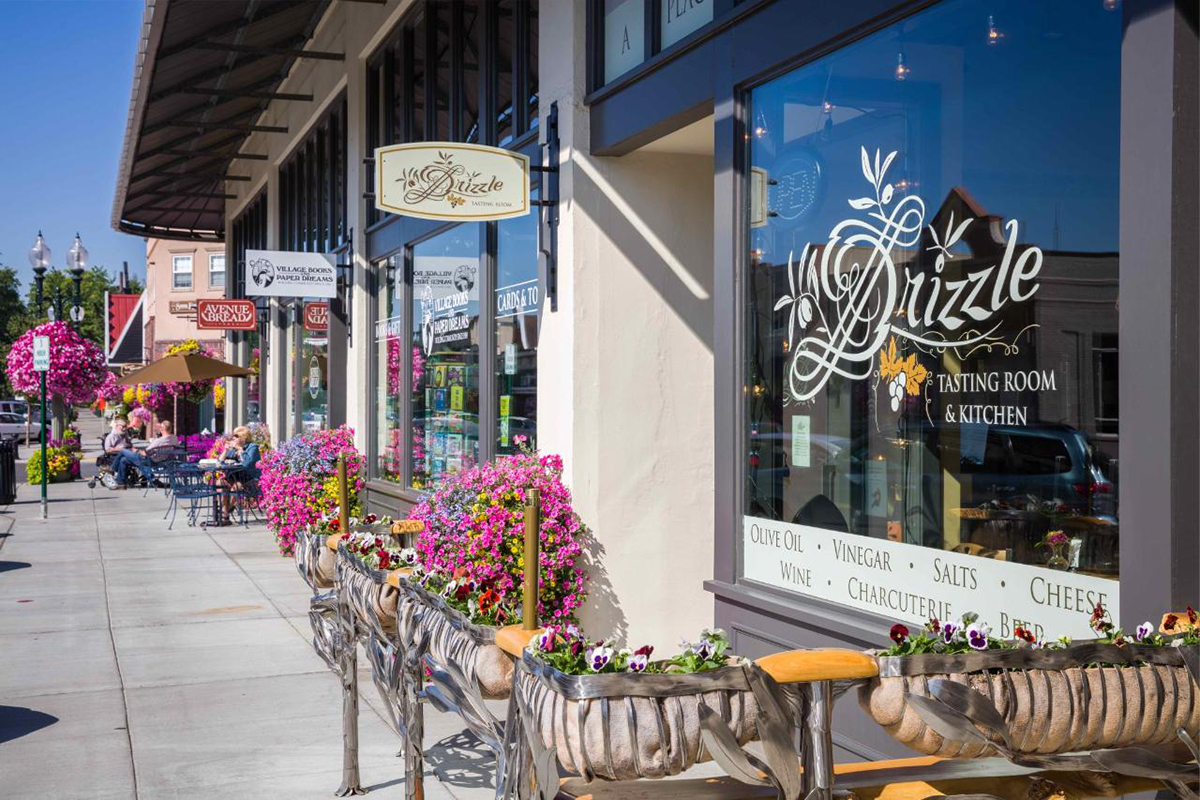 If you haven't been to Lynden lately... it's definitely time

Charming storefronts and colossal hanging flower baskets line Front Street in Lynden, Washington. But the farming community’s award-winning main street is more than just a quaint street scene. Lynden, located near the Canadian border in northern Whatcom County, is thriving thanks to community-minded business owners who are working together to make the small town a welcoming home for residents and an idyllic getaway for visitors. “If you haven’t been to Lynden, it’s time,” says local business owner Teri Treat.

Lynden is a cross-over between the communities we’re nostalgic for but with a modern twist... there's a new energy here.” Chuck Robinson, Downtown Lynden Business Association Member 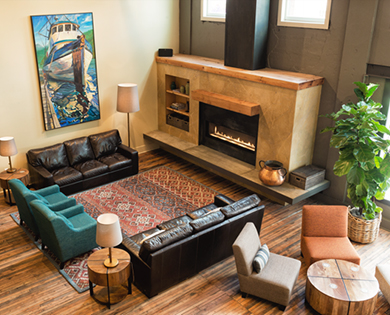 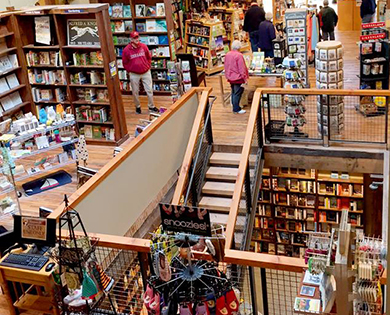 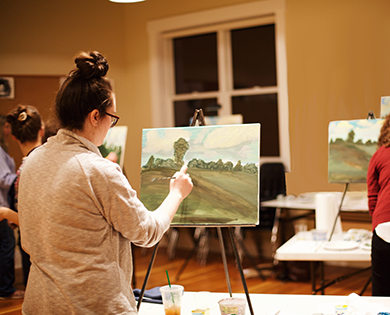 Lynden “is a cross-over between the communities we’re nostalgic for but with a modern twist,” says Downtown Business Association member Chuck Robinson. “There’s a new energy here partly because of the new businesses, but it’s also re-energized the people who made it through the downturn.”

A major turning point was redevelopment of iconic Front Street buildings. The non-profit Jansen Art Center led the way with a loving community-supported renovation of the former city hall. Once the place where locals paid their water bills or spent a night in jail, today the J’s warm wood floors lead to exhibits, concerts and workshops for hands-on engagement with the arts.

Three years later, business partners brought the landmark Waples Mercantile Building back to life, earning a spot on the National Registry of Historic Places. The century-old concrete and heavy timber structure nearly burned to the ground in 2008, but now it is a modern-day downtown anchor housing the Inn at Lynden, independent bookstore and gift shop Village Books and Paper Dreams, a taproom, restaurant, and two additional local retailers.

In addition to the new attractions, Lynden has popular traditions like the June 2 Farmers Day Parade, the Raspberry Festival in July, the Northwest Washington Fair in August, and the Lighted Christmas Parade the first Saturday in December.

But, there doesn’t have to be a major event to make a trip to Lynden’s Front Street worthwhile. Village Books–whose flagship store is in Bellingham’s historic Fairhaven district–regularly hosts author readings at its Waples Building location.

Build a weekend getaway around a textile, jewelry or ceramics class at the J. Or enjoy the talents of others by listening to free weekly live music performance in the J’s Piano Lounge Thursday nights from 6-8 and Wednesdays at noon.

To explore beyond Front Street, bring your bicycle. If you’re staying at the Inn at Lynden, they offer a bike valet service or borrow one of the Inn’s touring cycles. Ask front desk staff for a bike map, which details routes to local trails and treats. Polite local drivers will yield the right-of-way for cyclists who pedal the 10-minute route to Edaleen Dairy’s Grover Street location. Buy a soft-serve cone made with milk from local dairy cows for $1.75. 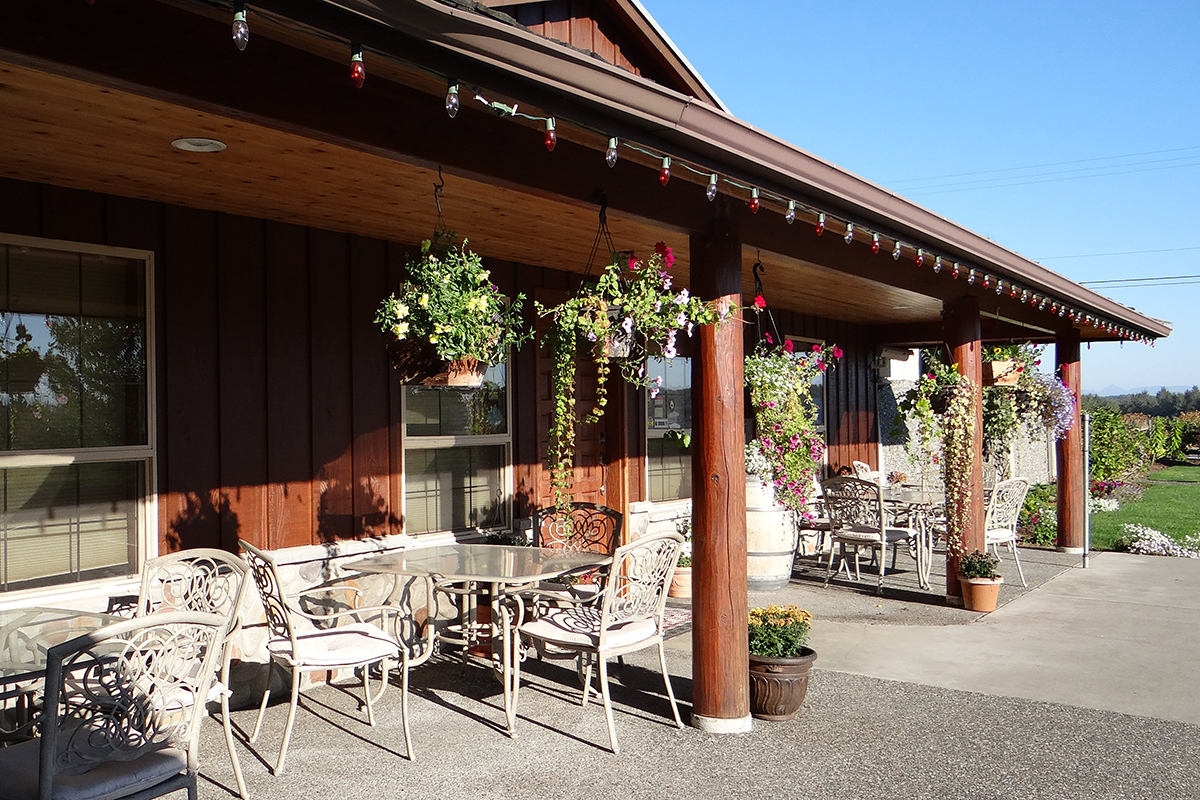 The tasting room terrace in bright sunshine with hanging baskets is a perfect place to spend a summer afternoon.

Want a bit more of an adventure?  Pedal the flat, rural roads over the Nooksack River and past farmland with stunning views of Mount Baker to Samson Estates Winery. The third-generation, 600-acre berry farm owned by winemaker Rob Dhaliwal handcrafts artisan dessert and fruit wines from their own raspberries, blueberries, marionberries and hazelnuts as well as viniferous wines from Washington state grapes. Their easy-drinking, true-to-the-fruit raspberry wine, cassis and framboise are award winners. Tasting room host Barb Maleng credits superior fruit. “We ferment directly from the fields, with the fruit oozing juice, direct into tanks,” Maleng says.

Bring a lunch. Buy a bottle of wine and relax on the winery’s sweeping lawn. On a recent sunny day, a tasting room visitor declared Samson Estates—and by extension Lynden itself—simply perfect: “You can do a 360 and there are no negatives. You see sky, mountains, barns. No skyscrapers or smokestacks. It’s relaxing and peaceful.”